You are here: Home / Disruptive Future / How to Remove a Federal Government

There is more than one way to remove a government.  Here are the most common methods and ideas on removing future federal governments that do not keep up with social and technical changes.

Federal Governments around the world, no matter what form of government they are, still exist at the pleasure of their population.  Often times many people do not like these governments but the cost of an uprising is too high and the planning in other forms of removal seem to long and arduous.

But in today’s societies, very few federal governments are changing and adapting to the 21st century fast enough to prevent catastrophic problems for their populations.  This makes it important for people in every country to think about how to pressure faster progress and a clearer vision from their leaders or to plan for the replacement of their governments with new, modern systems of governance.

Consider that in democracies we still vote for people.  This made sense even 50 years ago, but today people are the last thing we should be voting on.  Instead, we should be voting via our cell phones on individual items much more regularly.  Politicians should be nothing more than project managers in charge of executing a project for which the population has voted.  While you cannot make that switch in a day, you can start building that framework now and reap the rewards of stability and engagement in the near future.

And while some people will argue that voting on a device is subject to fraud and that is true (including forced voting with people witnessing your vote) you can have tiers of voting done different ways.  Public thumbs up or down on smaller issues while larger votes done for contentious items done in without identify and in public locations.  One size does not need to fit all.

But back to removing a federal government.  This article is not a call to arms.  In fact, it is quite the opposite.  When people think of replacing a government they think of violent uprisings by the population or being overthrown from the outside.  Coups are also another common way to change a government.  I have assembled this more broad list of things I could think of for removing or radically changing a government.

Is desiring a governmental overhaul treasonous?  No more than going to the polls and voting for a new candidate.  The fact is, all governments are changing all the time.  New laws.  New politicians.  Even constitutions are able to be updated and changed.

The fall of the Roman Empire did not happen due to one event.  It got sloppy.  It did not take care of people.  It was corrupt and it was constantly under economic duress due to wars and propping up unemployed citizens – trying to maintain a failing system instead of adapting it caused it to become obsolete and finally fizzle out.

The near future could see technology and large corporations become far more important than governments.  Controlling AI and Robotics and Communication Channels will be far more powerful than what current government architectures can do.  Already you see it in positive and negative ways.  The space race?  Privatized.  Car Automation?  Private.  Jails?  Privatized.  War?  Let’s just say a lot of private companies benefit from a good war. Charity?  Donations from private sources far exceed government donations, even before the expected upcoming cuts.

Just take a look at this article to see how corporations are struggling to be good citizens and still make a profit.  https://www.fastcompany.com/40397294/facebook-airbnb-uber-and-the-struggle-to-do-the-right-thing  When Mark Zuckerberg asks, ” Are we building the world we all want?”  he is asking the right question.

When you look at a lot of this, the governments seems more obstructionist than helpful.  But there is a caveat.  In principle, a government should look out for all citizens.  Some corporations have good people doing good things, but they need to make money and answer to shareholders, so the idea that they could essentially replace every aspect of the government is not ideal because at any time they can quickly change their mission or management and hurt  a lot of people.  In fact, if you think about it, it is the moral imperative of business to aggregate wealth away from people and into the business and distribute that wealth to the owners to the business.  That is how the current system is supposed to work.  The fact that some CEO’s are bucking the trend does not make most CEO’s good people wanting to make the world a better place.

There is one consideration I have given a lot of thought to over many years, but now has become for feasible.  Why have we not started developing a new global citizenship system and simply begun to ignore and disassemble current governments over time as portions of them are no longer needed?  Essentially weakening them until they disappear into obscurity.  No one gets hurt in this model.  It is the evolution of a governing system, not a conflict-based change.  We have the communications tools to organize this.  We have new systems that are not controlled by centralized government entities such as Bitcoin, the Internet, social media (some), peer to peer networks and many other things that can be built if this endeavor is pursued.

The real question is, if a lot of people got behind an idea for creating a better form of government, would the existing establishments of the world fight to keep their current systems relevant or would they embrace an evolution of governance?  They most likely would try to retain their power.  For this reason, any effort to make change would have to include an effort to get people elected who support and want better systems and programs for people in the future, even at the expense of current systems they serve in.

None of this is simple or fast.  The good thing systems are improving here and there and that would be what a broader framework would do as well.  It would do it with more vision, more purpose and a more integrated way is the big difference.

Facebook Comments
Liked it? Take a second to support The Disruptive Future on Patreon! Your support makes more progress possible.

Ron McDaniel writes about many issues, including how technology has outpaced government and economic systems and the need to develop clear, united goals for the future.

Ron McDaniel is an
Author, Speaker and Entrepreneur.

Since 1997 Ron has been an entrepreneur. 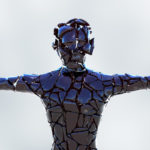 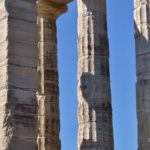 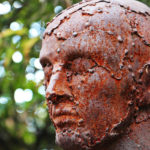 The content of this website is the opinion of the author only. It is speculative on the future and should not be used solely to make personal or business decisions.