Is Your Job Value-Adding or Obsolete? 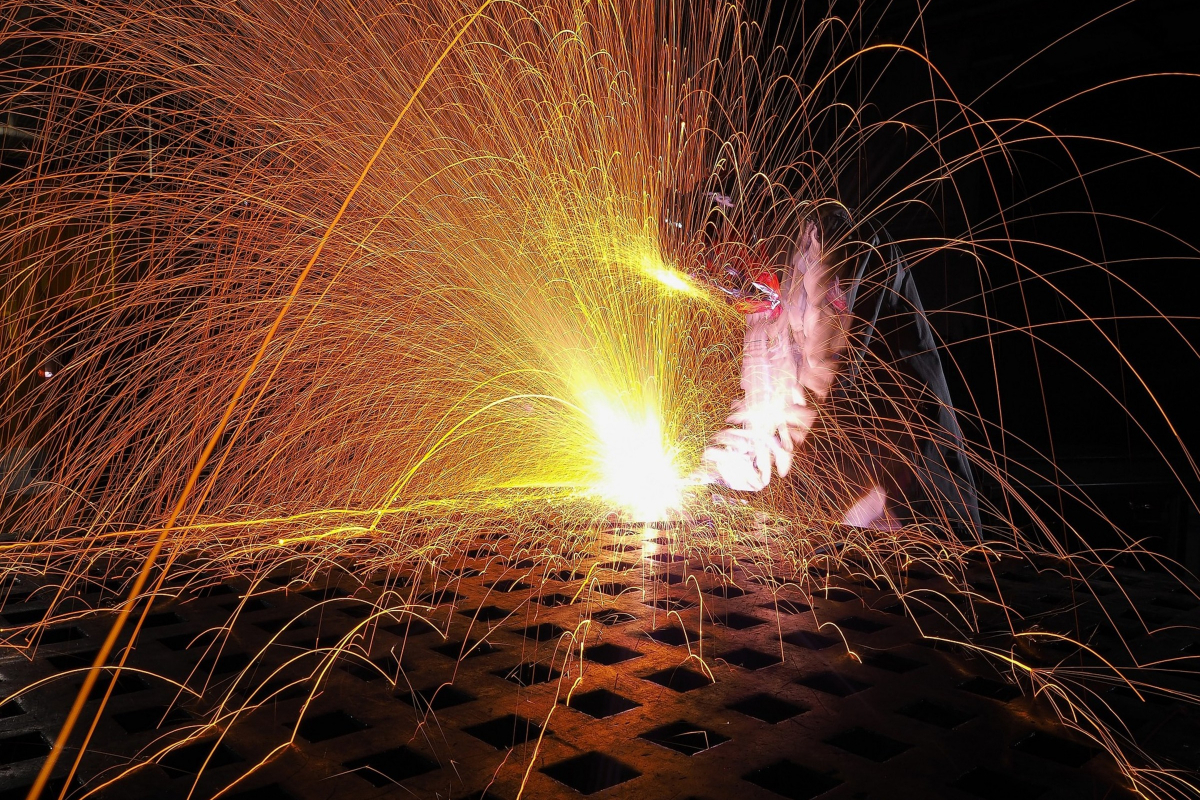 Governments measure their success by employment levels.  It does not question if they jobs add value to people’s lives.  At best, they look at lower wage versus high wage jobs as a way to measure “good” jobs.  This all props up a bubble economy where it is expected that wages can keep going up, profits can keep going up and production continues to find new things to make and sell, even if not needed, just to support jobs and  profits.  It is all a bubble because when this system was developed, automation, technology and robotics were not even thought of yet.

The key to government success is to hid the bubble for as long as possible because the economy cannot go through an instant transition to greater automation and less jobs without messing everything up.  And the idea we can just stop the advancement is silly.  Do we want more work that is meaningless?  Would you like to work 16 hour days doing things no one cares about?  Of course not – so why 8 hours?

The premise of this article is as follows.  A value-adding job is a job that needs to be done to make people’s lives better (beyond the worker and business) and the job cannot be eliminated by automation or by simplifying systems.  Jobs for jobs sake are not acceptable and by reducing non-value-adding employment people can reduce hours worked per week, make a higher wage for value-adding work and spend more effort simplifying systems and improving automation to reduce work even more.  This leads to an abundant life for all people where work is more meaningful and life more pleasurable.  But the transition is not easy and no one wants to talk about it.

To begin to address this issue, I have created the following quadrant graph to help you analyze the value-adding level of jobs.  Keep in mind there will be some human skew as you analyze this, as we all tend to overvalue the jobs we have and undervalue the jobs other people may do.  For this reason I will go through the rankings as well as go through examples of jobs and how to assess value. 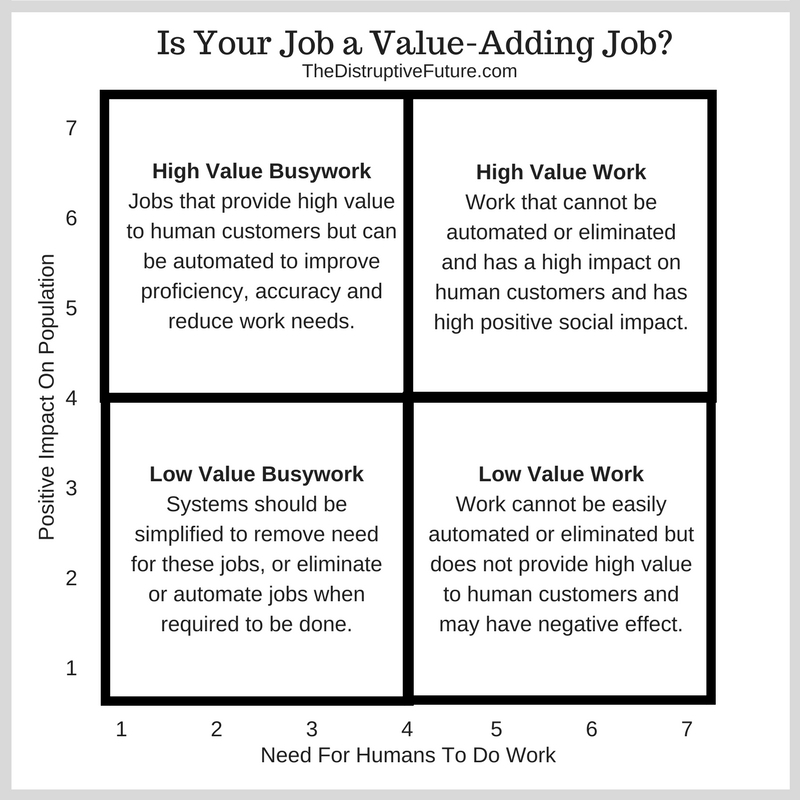 The X Axis – Need For Humans To Do Work

The X Axis is if a job needs to be done by humans.  In other words, it cannot be automated, done by robots, systematized in software and AI.  A 7, the highest value, is a job that requires human creativity, non-linear problem solving and has a high degree of variability based on each given situation.  Improvements in AI will continue to push jobs down this scale as AI improves creativity and critical thinking but it will take the longest.

A 4 on the X scale would represent a job that cannot be eliminated at this time but is on the cusp of elimination in the next few years, such as drivers or cashiers.

Below 4 on the x axis represents jobs that can currently be eliminated if systems were changes or automation that currently exists could do the majority of the job.  These jobs are being maintained for the sake of employment, not out of necessity for the greater good.  Sometimes they simply remain human jobs because humans are cheaper than automation.

The other items that defines how much a job is value-adding is the actual value it adds to the population.  This is critical to understand.  The value cannot be to the employees (although being able to support yourself is important) and it cannot be the value that owners and shareholders.  The value must be to the people it serves.

A 7 on this scale is high value services provided to the community.  Clean energy production would be a 7 while older, more harmful forms of energy production would be a 4.  Both important, but the value increases when there is more positive and less negative impact.  For example, producing healthy food at affordable prices is a 7 and selling food that reduces the health of the population (despite brief pleasure from eating the bad food) is in the 2-3 area.

Currently we have many 1’s and 2’s in the form of unnecessary items that are produced.  This includes dangerous or unhealthy things that have a negative impact as well.  Obvious examples are cigarettes, drugs, fast food, many junk foods, sports that are likely to cause long term harm to players, junk mail and many other items that are simply produced as a novelty but have no actual serious value.

Goods and services on the Y axis can also impact a lot of people or few people but impact them deeply.  Hospice care may not impact the broad population but is deeply impactful for those that need the service.  Sports and entertainment may not last a long time as people consume the media or event for pleasure, but it can impact many people by adding enjoyment and quality of life to people’s existence.

Here are some Job Examples and How They Rank (My option)

This entire grid and article is just a general reference.  Technology is changing fast and things that may be a 6 today might turn to a 3 overnight with a new advancement.

This article also does not discuss the jobs of the future.  However, it does provide a basic framework to think about what may be in more high demand later on.  The real key is to get beyond the idea of creating jobs for jobs sake and looking at how much a job provides social value to the recipients of the products and services and begin the process of migrating people from non-value-adding jobs to higher-value-adding jobs.  If we do not need as many people working, that is fine.  We can cut what is full time hours and provide basic income for people to be sure no one is left behind.  With the lack of jobs and basic income providing minimal support, it will be up to that local, city politician to keep people busy and involved in the local community.  Maybe they should be a 7,7.

This is not just the future.  This is the past as well.  It has been happening for many years as industries go from valuable to obsolete.  The only difference now is we are seeing exponential change in many industries and that is why the jobs bubble will break soon if we do not begin to plan for an entirely different model of employment and social values.